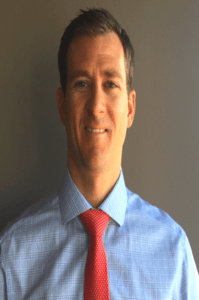 Dr. Seth Baldwin is from Glendale, Arizona. He graduated from the University of Arizona in 2007 with a degree in Physiological Sciences. Dr. Baldwin attended optometry school at Southern College of Optometry in Memphis, Tennessee, and graduated in 2011. Immediately following graduation, he was commissioned in the US Army, where he proudly served for six years as an active duty Optometrist. He continues to serve in the US Army Reserve. In February 2022, he moved to Colorado and joined the Pikes Peak Eye Care team. In his free time, Dr. Baldwin enjoys playing golf, camping, traveling and spending time with his wonderful wife, Emily, and two beautiful daughters, Claire and Meredith.

Jason Jost is a great eye doctor and very professional with his work!
3 days ago
- Brian M.
This Mr. Preus , this was my first visit. And I was very impressed and happy. Thank you for your help .
5 days ago
- Stacy P.
Very clean facility. Employees were very friendly and helpful and the exam was very in depth and informative.
6 days ago
- nate e.
Very nice, from the time you walk in and ordering glasses to checking out. A+++
1 week ago
- Vicki R.
Employees were well trained and competent, good customer service.
2 weeks ago
- Jonathan H.
It was very quick! The staff was super polite !
2 weeks ago
- Ashley M.
The staff is friendly. Dr. Jost is extremely thorough and nice. The wait time was less than 10 minutes.
2 weeks ago
- James P.